Claims from accidents between vehicles from Morocco & Spain. Bilateral meeting 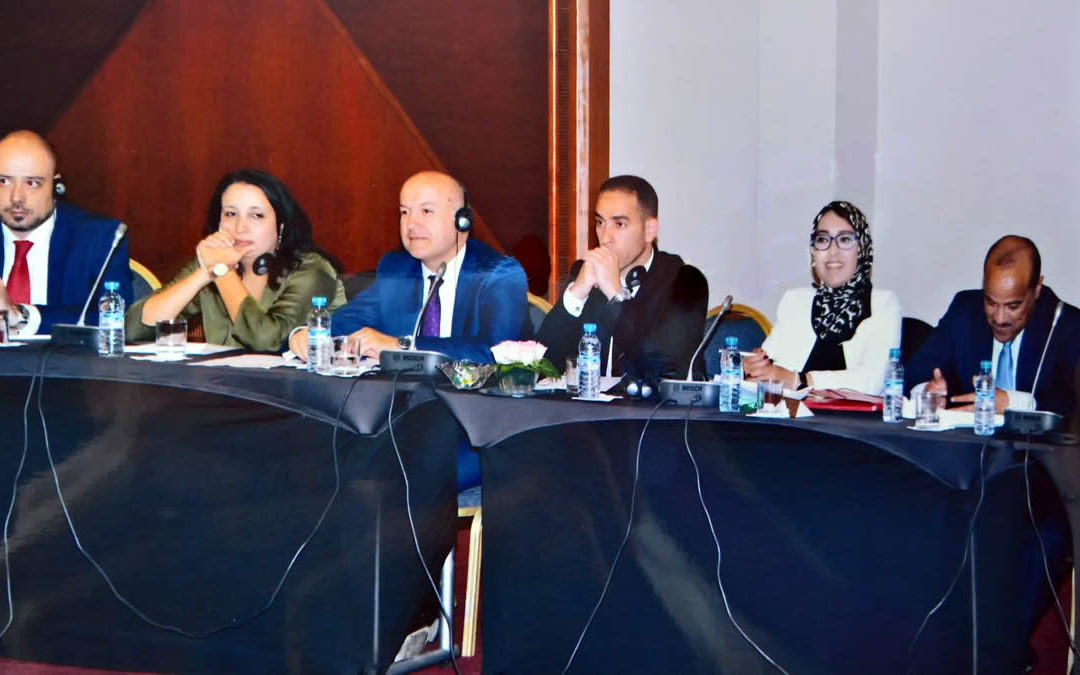 On the initiative of the Spanish Bureau (OFESAUTO) and in consultation with its Moroccan counterpart, the Bureau Central Marocain d’assurances (BCMA), a meeting was held at Casablanca (Morocco) on April 6 with the participation of the representatives of the claim management departments of the main insurance companies of the MTPL branch in Spain (MAPFRE ESPAÑA, AXA ESPAÑA, MUTUA MADRILEÑA and PELAYO), alongside the representatives of the main Moroccan insurance companies of  the same branch.

The purpose of this meeting was to review, analyze and propose possible areas for improvement regarding certain aspects of the handling of claims derived from accidents between Spanish and Moroccan vehicles: general aspects related to deadlines for communication / processing; Treatment and evaluation of claims for material and personal damages; type of documentation to be submitted, etc.

The meeting took place in a cordial and constructive atmosphere, where both markets were in favor of moving forward together to avoid and try to polish those procedural differences that sometimes generate difficulties when handling the claims between both nations.

After a broad debate where the participants exchanged their points of view and proposals to resolve the discrepancy points and agree on common management procedures, the meeting concluded by reaching the following agreements to which both markets (Spanish and Moroccan) commit themselves to carrying through:

1)      First phase: NOTIFICATION of the CLAIMS

a.      The Company formulating the claim against another will inform the insurance company of the liable vehicle of the accident via e-mail, attaching the sufficient documentation expounding the facts, making sure they point out an approximate technical reserve.

b.      After receiving said notification, the insurer has a one-month period to convey its position regarding both the confirmation of guarantees and the liability in the accident

c.       In absence of a response after the expiration of the period agreed upon, the claimant entity may address the national bureau to whom the insurer of the liable vehicle belongs.  On one hand, to legally interrupt the prescription limitation period and on the other hand so the bureau can intervene with its member company inviting them to offer a response to the complaint aforementioned.

a.      After receiving the claim alongside the supporting documents (Initial document + expert report + photos), the insurer of the responsible vehicle has a period of one month to issue an offer or a motivated answer. This deadline cannot be extended.

b.      Claims for material damages in which the amount claimed is less than or equal to DH 20.000 (or 2000 euros) will not be susceptible to economic discussions, that is, either the claim is fully compensated or rejected in a motivated manner in its totality.  The intent is to avoid discussions related to the cost of labor, materials, etc.: If there is an invoice / expert report justifying the costs and there is no doubt about the responsible party, the entirety of the established cost will be compensated.

It was also agreed that it’s possible to assess the material damages of the Spanish vehicles in Morocco and the Moroccan vehicles in Spain, when the liability of the contrary is clear and an express request is received in that direction and the vehicles have not left the country of occurrence of the accident.

c.        Sending original documentation won’t be necessary, except for the proof of payment (which can be sent by e-mail provided it is in color)

After receiving the proof of payment duly complemented, the insurer of the responsible vehicle has a period of one month to make the corresponding payment.

a.      If there are any doubts about the veracity of a claim or of any evidence provided, the claim shall be transmitted by the insurer of the responsible vehicle to its national bureau, ensuring at the same time that the elements subject to the doubts expressed are highlighted, as well as the results of the investigations carried out.

b.      An agreement has been reached to create a Joint Commission of Spanish and Moroccan entities, composed of four insurers from each country and one person from each bureau. Said commission will analyze and rule on the special cases of doubtful claims and will follow up on the common procedures and rules of management between both countries. This committee must meet at least once a year and its composition will be subjected to an annual rotation. The list of entities that make up this commission for the period 2017-2018 will be published shortly, as well as the calendar with the dates of the meetings regarding this subject.

In addition, to facilitate these market agreements, it has been agreed that:

5)      Soon, each Bureau will publish a list with the e-mail addresses of each company in their country through which the complaints must be communicated.

6)      In order to avoid problems of lack of response that might consider a claim to be prescribed, OFESAUTO makes available to the Moroccan entities the address cartaverde@ofesauto.es so they can communicate the situations in which a Moroccan entity has sent properly a complaint to a Spanish entity and the latter did not give a response in due time.

In Morocco, the victims retain the possibility to take legal action and prefer to go to Court to claim compensation for their losses. This attitude can be explained by the distrust that exists in the society on the insuring entities in spite of the efforts of the latter to reestablish the confidence.

The representatives of the Moroccan insurance market confirmed to their Spanish counterparts the interest placed in the extrajudicial complaint resolution. In this regard, they reported the mechanisms implemented in Morocco to promote friendly settlements, with the aim of rapidly and massively closing the claims.  However, the laws of the two nations on the matter include divergent provisions and different limitations. In successive meetings between the two markets, this issue will dealt with.

Finally, and after the meeting was assessed as very positive by all the entities, it was agreed that the next market meeting between both countries be held in Madrid. The date will be published and notified to all the entities conveniently as soon as it is dated.